You asked. We answered.

Since the announcement about JiaJia joining our family, we have been flooded with messages of love, encouragement, and support. There have also been lots and lots of questions.  While we love to answer questions about this next season of our lives with JiaJia, we have repeated the same answers quite a few times.

In order to provide some more answers without wearing out our fingers and vocal chords, we are going to address some of the most frequently asked questions we have received lately. We will answer all questions the best we can, but a lot of the answers can still be answered with “We don’t know.” We continue to learn more information and deeper details to questions, but some things we honestly won’t know until JiaJia is here and we can see firsthand.

If you have other questions that aren’t listed here, though, feel free to send us an e-mail or Facebook message, comment on this post, call us, or ask us when you see us! 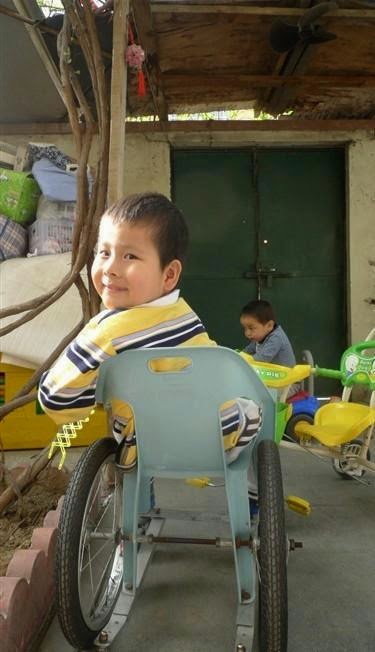 
Will JiaJia be able to get around in your five-story, stair-filled house? How? 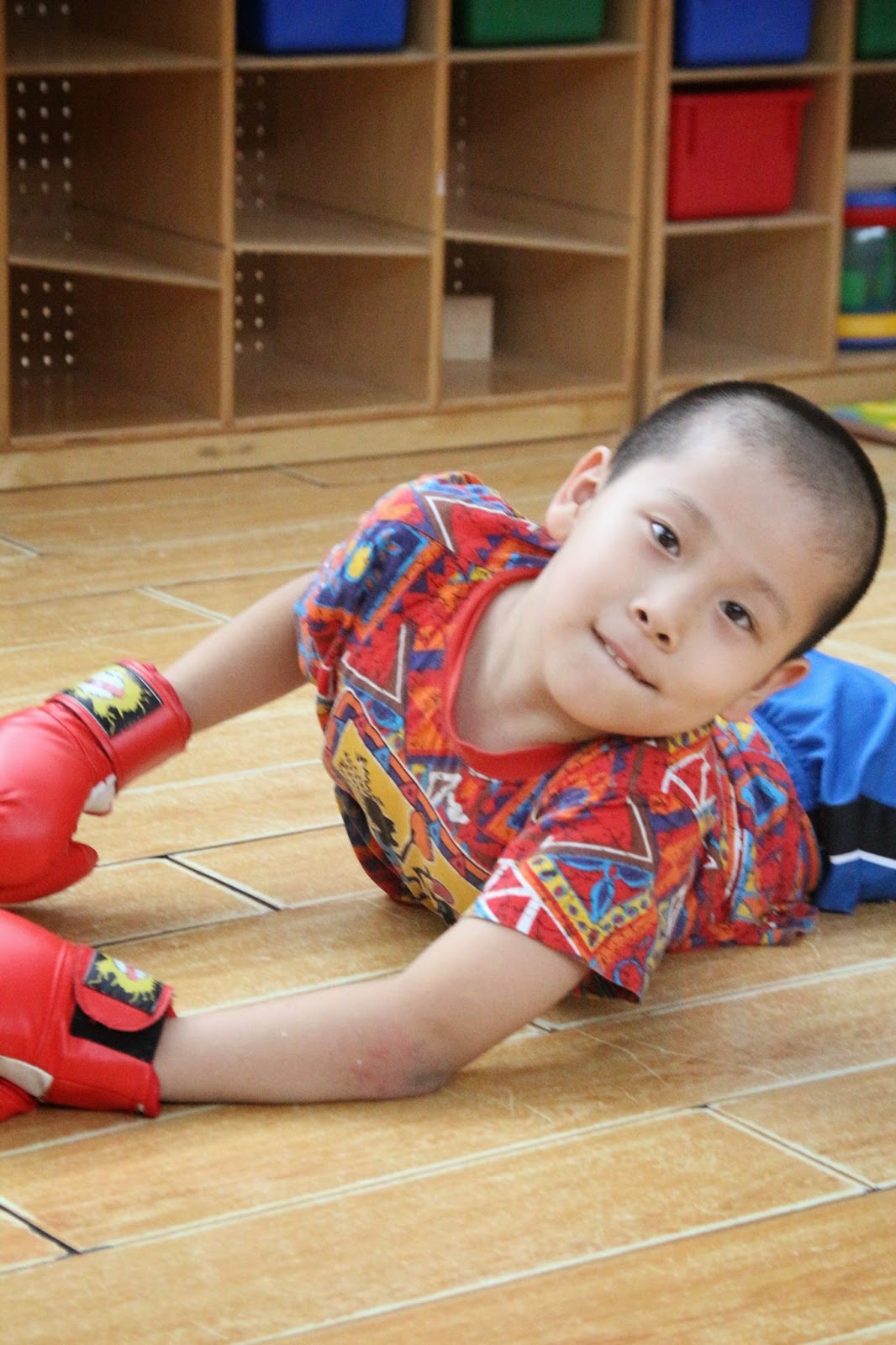 From what we have seen on videos and been told, JiaJia has great upper body strength. He uses the muscles in his arms and torso to get around on the floor where he currently lives. Because of this, we have reason to believe he will be able to do the same at our house. Yes, the family room, kitchen, and his bedroom are, unfortunately, on three different floors, but our stairs are short- only seven steps each- and already pretty easy to navigate.
However, in order for JiaJia to navigate the stairs more easily, we will be installing a chair lift on the two staircases he will be frequently using. (On only the main two sets since two of the other floors are just bedrooms that he won’t need to access daily.)
Some other things around the house will have to be modified, but stairs will be the biggest obstacle.
A few of the other things we’ll have to change will be converting our standard bathtub into a wheelchair-accessible shower, ripping out our cabinet sink in the bathroom and replacing it with a lower one that is hollow underneath to allow the JiaJia’s wheelchair to roll right up under it, and rearranging kitchen cabinets for a few of each item (mainly cups and plates) that are out of JiaJia’s reach in the upper cabinets.
If you’d like to help us offset the cost of the stair lifts or other modifications we will be doing to the house to better accommodate JiaJia, click on the PayPal link in the right sidebar and enter “House modifications” in the “Special instructions to the seller” field.

How severe is his paralysis? Can it be helped with surgery?
This is one of the many things we don’t know. Obviously, our adoption of JiaJia isn’t dependent on if he is “fixable”. We love him exactly how he is.
We do plan to do anything we can in order to find out more about his paralysis and take him to the experts at our local children’s hospital to see if it is something that can be helped, or maybe even fixed. His paralysis could be caused by anything from an extremely pinched nerve, to blockage of scar tissue build-up, to a complete severed spinal cord, to something else that we don’t even know about. It might be able to be helped. It might not.  We just don’t know yet.

How did you “find” JiaJia?
This is a long story, but we’ll try to make it… less long.
As many of you know, Aryn’s boyfriend’s sister and her husband, adopted a little boy from China a few years ago and then adopted another little boy this January. Their second boy, Jeremiah, lived at Alenah’s Home in China. As we followed the Mangels’ adoption story through Facebook, in person conversations, and blogs, another little boy appeared frequently. This boy was Jeremiah’s best friend and he was so happy that Jeremiah was getting his forever family. One day, Amy said she thought we were supposed to adopt this other little boy.  Adoption has always been something we believed in. But we never had felt called to pursue it ourselves.  All of the reasons we couldn’t possibly adopt seemed to be in the front of our minds.
However, around Christmas time, after many hours spent in prayer, Jeri was the first to be absolutely positive that the adoption of JiaJia was the next step for us. After a few unmistakable signs and answered prayers, Brian also came to the same conclusion. All the reasons to adopt this little boy greatly outweighed all the reasons we thought we couldn’t.
One of our concerns was that we were considered “older” for adoptive parents; Brian was quick to point out that Abraham was 100 and Sarah was 90 when they finally received the son they were promised, so we weren’t that old in comparison!
After we were in unison, the process begun! We submitted an official application. Then, two weeks ago, on Saturday, we sat down and told the girls! (We captured that special moment in a video, so if you want to see that, just ask!) As a family of five, we were in complete unison that JiaJia was a piece of the family that has been missing. And we wanted that to change….
There are so many more details, though, that just can’t find on this page due to space. To hear more of the details of this beautifully orchestrated story and the way our prayers were answered, just ask! We would love to tell you more about it in person!

Why didn’t you choose a child from Uganda?
If we were looking for a child to adopt, Uganda would have been a familiar place for us to start. However, like the story above tells, we were not actively looking for a child to adopt. But a specific child was looking for us. JiaJia was the reason we pursued this adoption process. We applied for adoption with him as the child we wanted to pursue. We chose him because we were called to.

Does JiaJia speak English? Will he attend public school? 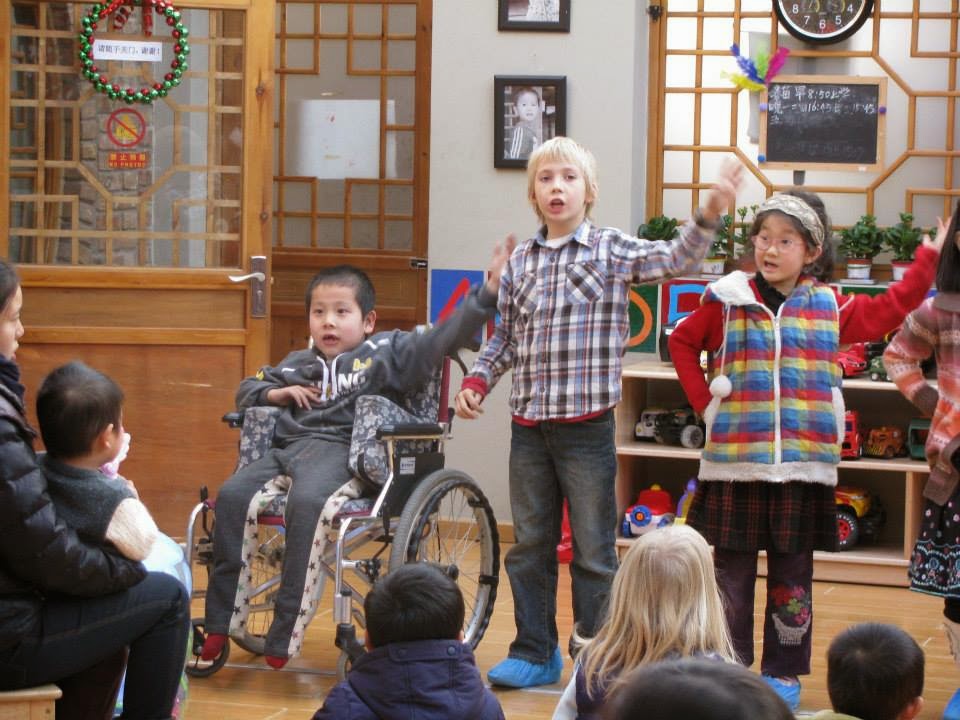 JiaJia has a basic foundation of English. A lot of the volunteers at his orphanage are English-speaking so he has grown up around English. We are told that when his friend were Skyping with their new families, JiaJia would try and help translate what the Mama and Baba’s were saying to their child.
Also, in the videos we have been sent, JiaJia uses English phrases like “Come on!” and “I’m ticklish!” correct and confidently and attends a weekly English cooking class. He also currently attends a school where English is taught. Of course, we will continue to work with him so he can master the English language! ;)
We have found out that our public school has transitional classes and is equipped to handle physical disabilities, as well as the culture changes associated with international adoptions and offers English as a Second Language courses. So, yes, JiaJia will be attending public school as soon as he has become adjusted and settled in to his new life.

How much is the adoption process? How will you pay for it?
To help raise the money needed for this adoption process, we are already planning fundraiser events and are in the process of designing t-shirts to sell. So, keep your eyes and ears out for more information about those things.

Currently, we have a PayPal page set up for direct donations and a Just Love Coffee page; both links for those are located in the right hand sidebar of this blog page.

For everything we have to do that is mandated by the organizations and both countries- including applications, homestudies, paperwork, forms, etc.- there are fees. Each of these fees is thousands of dollars. On top of that, we will have to pay for medical check-ups, roundtrip airfare (and a passport and one-way ticket to America for JiaJia), visas, in-country travel, food, and accommodations. As you can imagine, it adds up quickly and we don’t have that kind of money just sitting around waiting to be spent.


When will JiaJia be coming home? 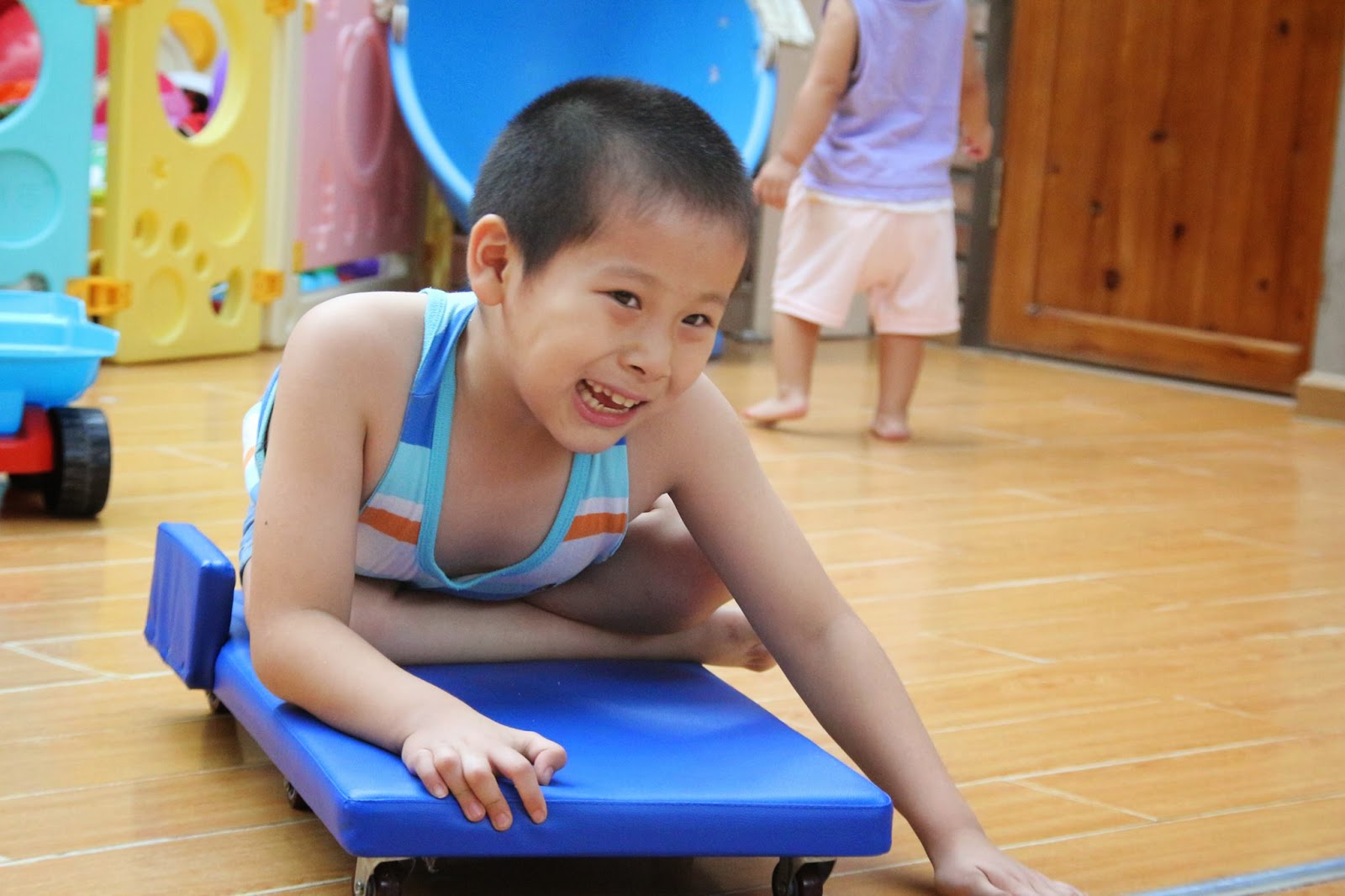 This is another one of the “We don’t know” answers. We have been told a few different date ranges already from different people. We have heard answers that it could be as early as this fall to as late as a year from now. Since we are still early in the adoption process and still have lots of paperwork and check-ups to do, we have not been given a definite time line yet. But we are hoping we’ll have him home by Christmas!

Will you keep his traditional name or will you give him an American name?
Yes and yes. We love his traditional name, even if it took a few consultations from the internet and other people to train our mouths to say it correctly. But JiaJia also has an “American name” that he tells the Aunties to call him and uses when he refers to himself. His official legal name will most likely be a combination of his traditional name and his chosen American name, but we believe he is old enough to decide how he would like people to address him. (We do have a few name ideas up our sleeves, though!)
We are just so excited (and ready) for him to have the name "Wilson"! 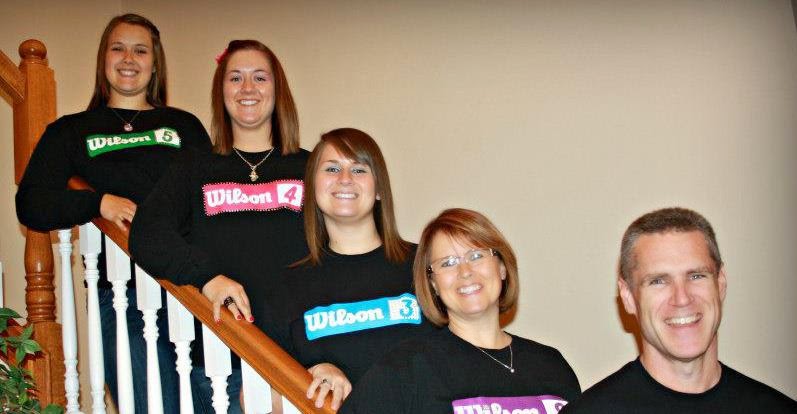 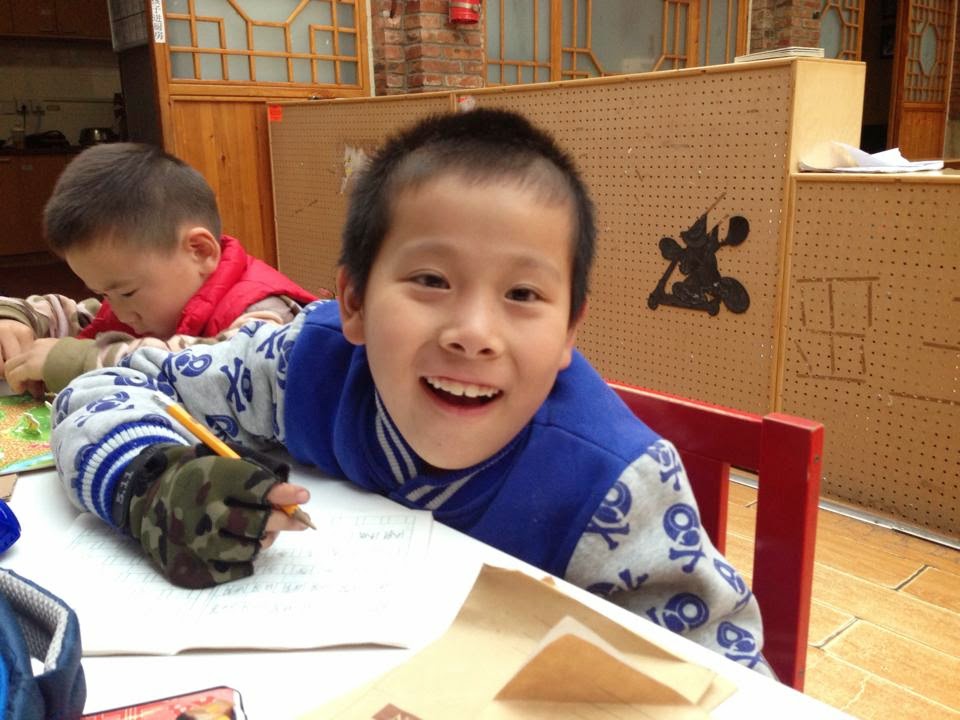 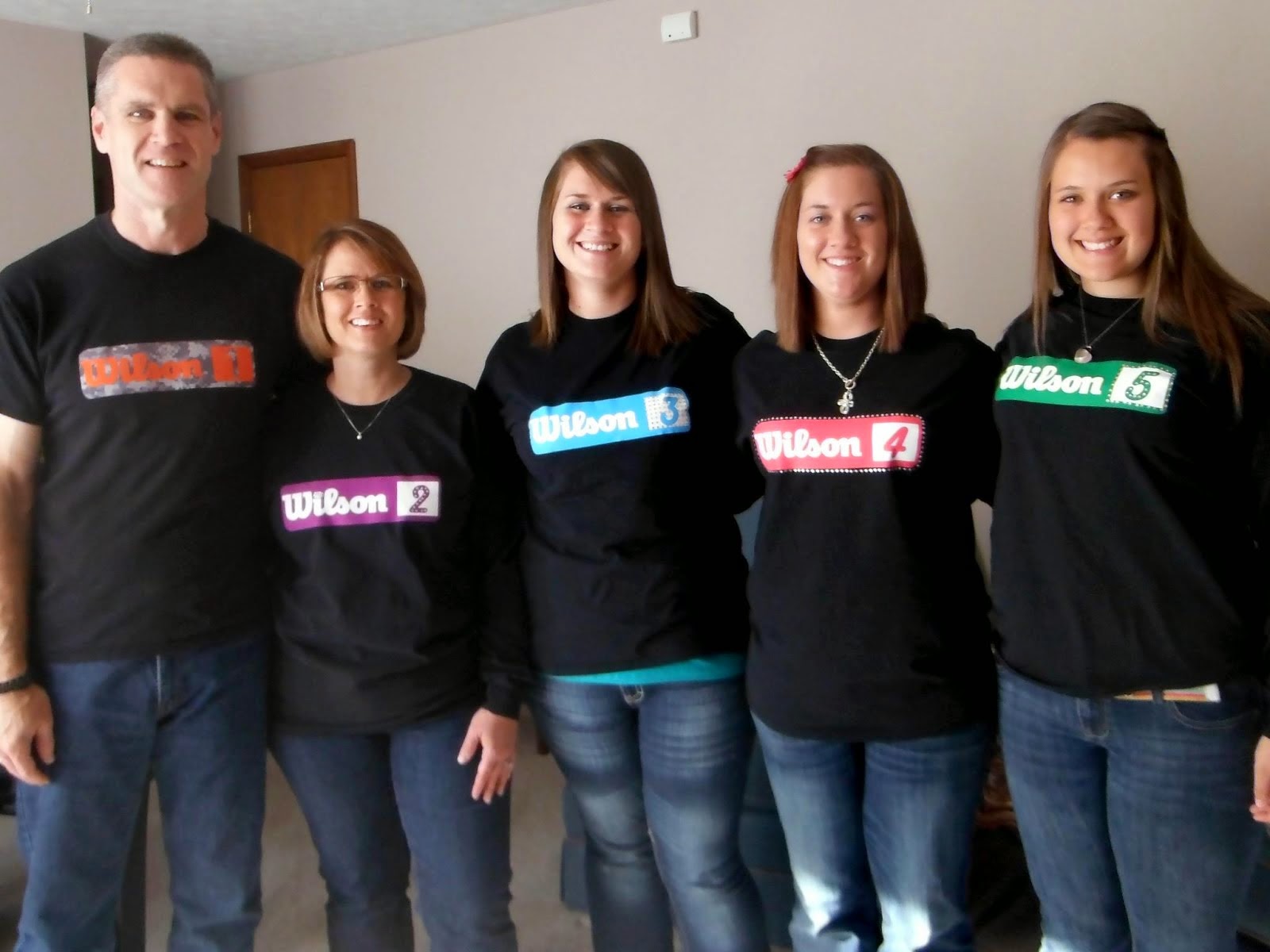